Chicken wings!! I love them so much!! And they’re totally camp fire cookable so that makes them even better! Seriously, this meal made me so happy.  These wings are cooked over the fire, not fried. It adds a little bit of smoky flavour and a nice bit of char on the skin. We went with the classic buffalo wings this trip but you can flavour them with pretty much anything. There will definitely be more wing recipes on this site in the future! 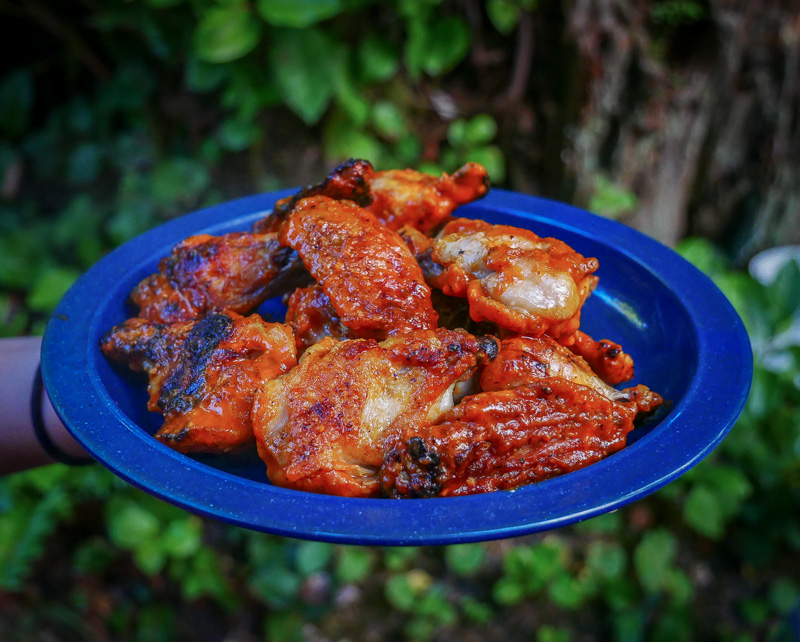 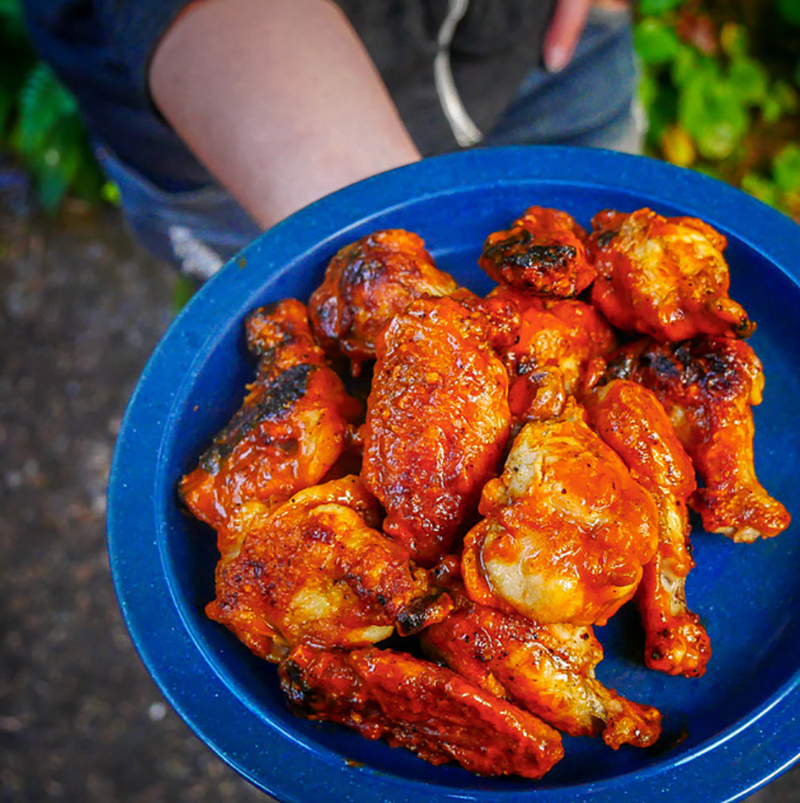 Baked wings usually aren’t as crispy as fried wings but there is a way around that! It’s very simple but you do need to plan ahead about a day before you pack up the wings. The full process along with some of the science behind it can be found at seriouseats.com but basically you want to dry out the chicken wing skin as much as possible before cooking.

Combine a tsp each of baking powder and salt per pound of wings in a large bowl. Add the wings and shake them up to coat them. Space them all out on a rack and allow to sit uncovered in the fridge for 24 hours. Store the wings in a large container in a cooler until ready for cooking. 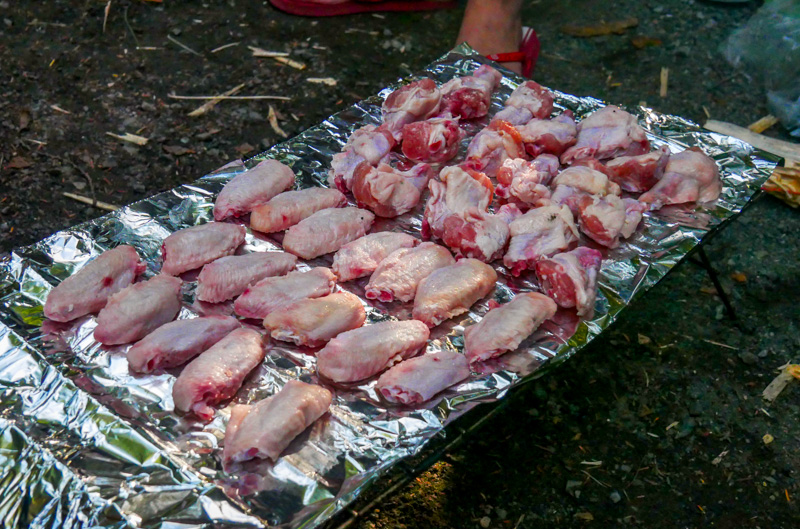 And now it’s time to cook them! I covered a camp grate over the fire with some aluminum foil and greased it up a bit to help prevent the wings from sticking to the foil. Spread the wings out over the grate. Fires will have hot and cool spots so keep an eye on the wings and if some start to burn trade them with some wings in the cooler spots. With enough flipping and moving about they’ll cook pretty evenly. Beware the grease splatters! 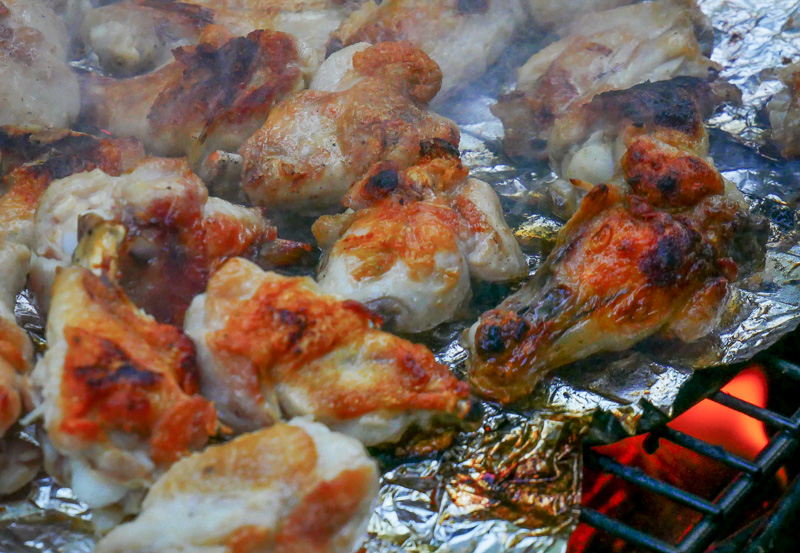 Once cooked toss them in some wing sauce. You can use the container you brought the wings in to do this but make sure you wash it REALLY REALLY well before doing anything with it. Soap and hot water well. Don’t want your delicious wings to kill you. If you have a non raw chicken contaminated bowl use that instead. 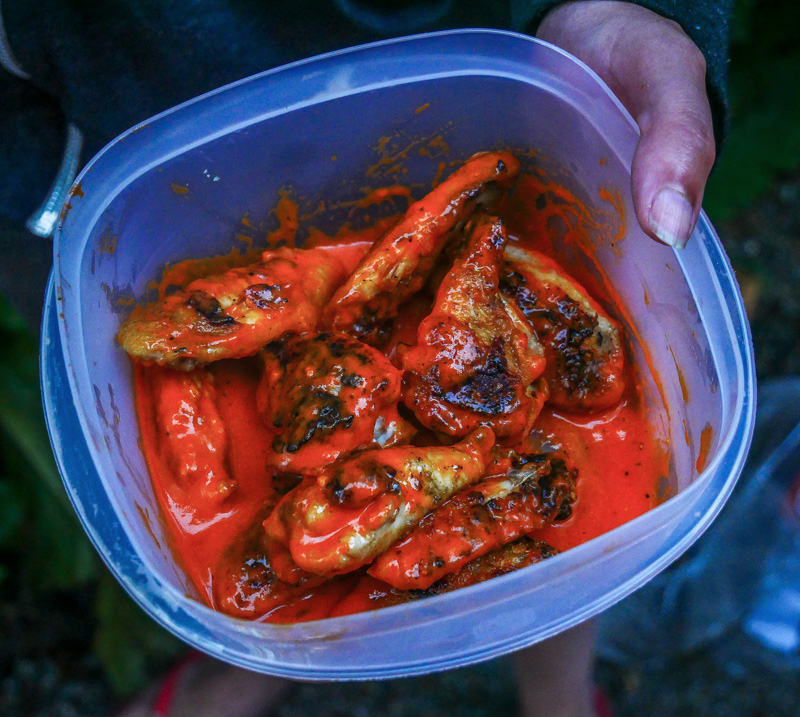 You can make your own wing sauce with 2 Tbsp of melted butter and 2 Tbsp any type of buffalo hot sauce, such as Frank’s. I got my wing sauce from a specialty hot sauce store (I’m a big fan of hot sauce) so I just packed that bottle. 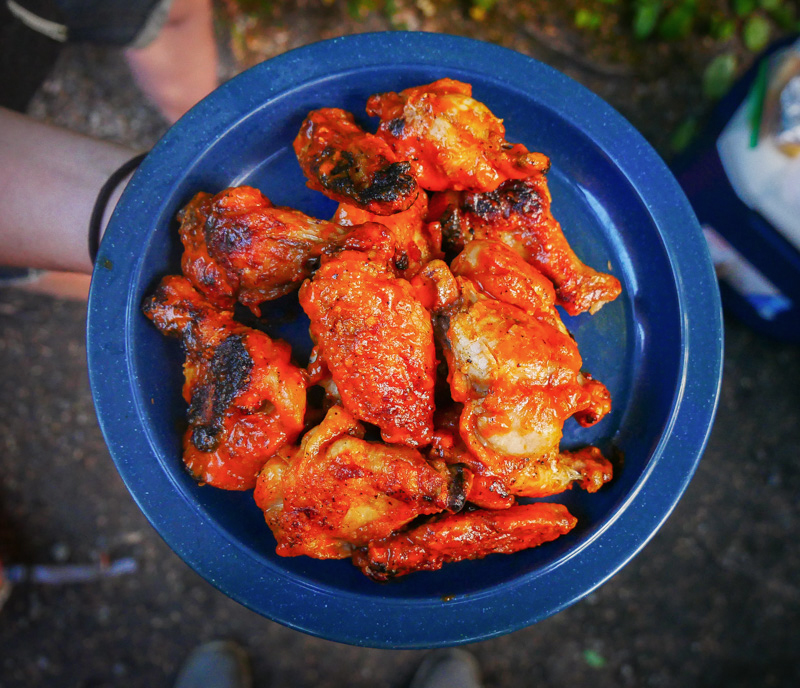 Feel free to serve them up with celery and carrot sticks, maybe some ranch or blue cheese dip. I like them straight up so that’s what I went with. 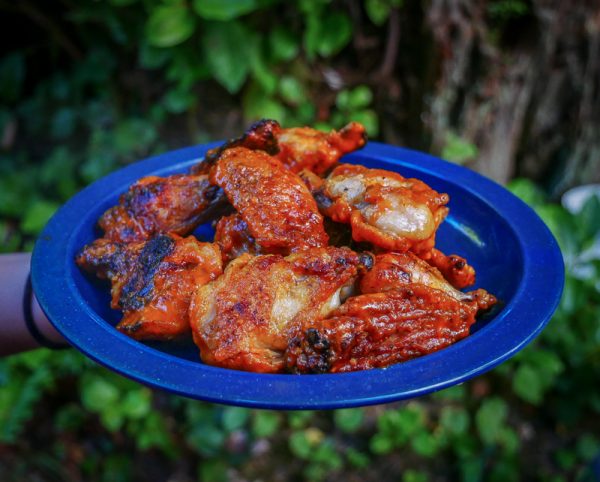 You don't have to do the pre-camp prep but, wow, does it ever make a difference.

Something is wrong. Response takes too long or there is JS error. Press Ctrl+Shift+J or Cmd+Shift+J on a Mac.